We need your support

Read more about how Seen could help you

In times of crisis, swift support is imperative. That’s why SOS Children's Villages teamed up with SEEN to launch a personalised campaign with the goal of raising money to support the children and young people in Ukraine, who have been affected by the ongoing humanitarian crisis.

SOS Children's Villages aimed for a heartfelt campaign that would entice recipients to support the cause and feel compelled to donate. SEEN helped them do that through personalised video. The video was designed to transmit the sense of urgency and make the recipient feel the need to take action to help those affected in Ukraine, while showing how their donation will help the cause.

Goal: Transmit the sense of urgency and the need to take action to aid children and young people in Ukraine. Create a campaign with a personal tone, that would entice the recipient to support and donate to the cause.

Challenge: SOS Children's Villages is an international organization with 70 years of experience in working with children who have lost or are living with a high risk of losing care from their families. Amidst one of the largest humanitarian crises in Europe modern times, children are being affected the hardest. That’s why it was imperative for SOS Children's Villages to take action fast, to help the children and young people in Ukraine. Besides safe evacuation, shelter, and trauma treatment, donations gathered by SOS Children's Villages will serve to fill even more immediate needs like food and water. No help is too small, no aid comes too soon. With the enormous demand for support, SOS Children's Villages needed all hands on deck.

Results: Personalisation made the difference. In times of crisis, we feel the need to become the hero that makes a change. Through personalisation, SOS Children's Villages awakened the hero in each recipient, showing them how they can make a difference in Ukranian children’s lives.

Personalisation was key to getting people to mobilise, simply by showing them what their donation could do ーand SEEN was proud to help make it happen! 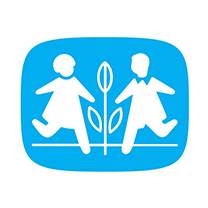 “SEEN’s video-technology enabled a personal tone, and really hit the mark. 70% of the donations received were attributed to personalised video, whilst the remaining 30% came from non-personalised video. You will not get a clearer conclusion from an A/B-test. The team at SEEN has been extremely service-minded and effective, and has gone the extra mile to get everything in order by the deadline”

Thank you for doing such great work

Leave a message and we’ll get in touch

By clicking “Accept All”, you agree to the storing of cookies on your device to enhance site navigation, analyze site usage, and assist in our marketing efforts. For more information about cookies used and how we process data, please view our Cookie Policy.

reject allaccept all
Thank you! Your submission has been received!